All eyes are on Shah Rukh Khan’s comeback film Pathaan. From the audience, industry insiders to trade experts, everyone is waiting for the film to hit theatres on January 25. The movie has the responsibility to bring back the Hindi film industry from its deep slumber, and film trade experts are confident it will set the momentum for the rest of the year. They have ‘tremendous’ expectations from Pathaan. 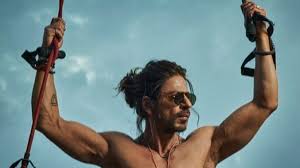 Talking about Pathaan, film trade analyst Taran Adarsh said, “As we all know, Shah Rukh Khan is returning to the screen after four years in an out-and-out action entertainer, and the promotional material has done the trick. People are talking about the film. Since it’s the first big release of 2023, all eyes are on it.” He is expecting the film to open with a collection of Rs 40-50 crore.

The advance booking of Pathaan began in full-fledged mode on January 20, and on the first day itself, it sold over 5 lakh tickets. Over 2 lakh tickets were sold in the top three multiplex chains, PVR, INOX, and Cinepolis. With two days to the film’s release, these figures are expected to grow manifold. Reacting to a solid advance sale of tickets, Taran said, “This proves people want to watch a big entertainer on the big screen only.”