Will the orange bikini of Deepika Padukone in the movie “Pathaan” — at the centre of the controversy over the movie – make it to the final cut or be cut out? Central Board of Film Certification (CBFC) chairman Prasoon Joshi, in an interview to NDTV, was cryptic. “As far as costume colours are concerned, the committee has stayed unbiased. When the film comes out, the reflection of this balanced approach will be clear to everyone,” he said.

The board has advised the makers of the Shah Rukh Khan and Deepika Padukone starrer to make a series of modifications in the film and its songs, and submit a revised version. The much-awaited movie is slated for a January release.

Insisting that the board has followed a balanced approach, Mr Joshi said, “While the process has been duly followed and getting implemented, I must reiterate that our culture and faith is glorious, intricate and nuanced. And we have to be careful that it does not get defined by trivia or dragged into unwarranted controversy”.

“CBFC always has a tough task to strike a right balance between audience sensibilities and creative expressions and we have stayed true to this spirit in the certification on film Pathaan too,” he added. 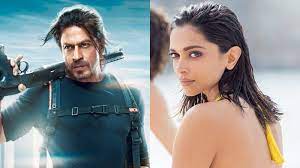 Controversy broke out over one of Pathaan’s songs, “Besharam Rang”, after a teaser was released earlier this month. Cases were filed in various states, objecting to the costumes, colour and even the title of the song.

Critics were up in arms over the use of saffron or orange in a bikini and contended that the song “hurts religious sentiments”. One of the petitions in court even demanded that a case be filed against the lead actors.