Kriti Sanon is on a roll. The actress has three big releases lined up back-to-back. Today, the actress was in attendance at the trailer launch of Bhediya which is headlined by Varun Dhawan Sanon, who is the lead in both Bhediya and Shehzada, was answering several media questions about her upcoming releases when Varun Dhawan interrupted and gave a shoutout to Shehzada which also stars Kartik Aaryan. 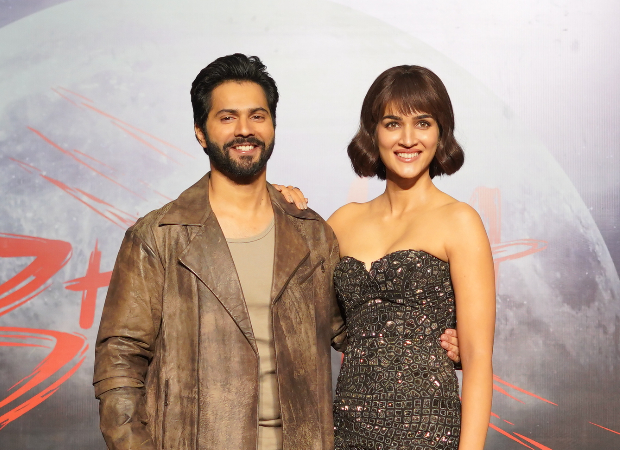 Coming to Bhediya, the film is set in the backdrop of the mesmerising forests of Arunachal Pradesh. It tells the story of Bhaskar, a man who gets bitten by a mythical wolf, and begins to transform into the creature himself. As Bhaskar and his ragtag buddies try to find answers, a bunch of twists, turns and laughs ensue.

Bhediya marks Varun and Dinesh Vijan’s reunion after Badlapur. It is also Amar Kaushik’s third directorial venture with Jio Studios and Maddock Films following the success of Stree and Bala.