After the debacles of his back-to-back releases, Akshay Kumar is all set to return to the silver screen with Ram Setu. Helmed by Abhishek Sharma, the film also stars an ensemble cast including Nushrratt Bharuccha and Jacqueline Fernandez. It will also mark Telugu actor Satyadev’s Bollywood debut. As it releases today i.e, on October 25, it will face a clash with another Bollywood film Thank God. 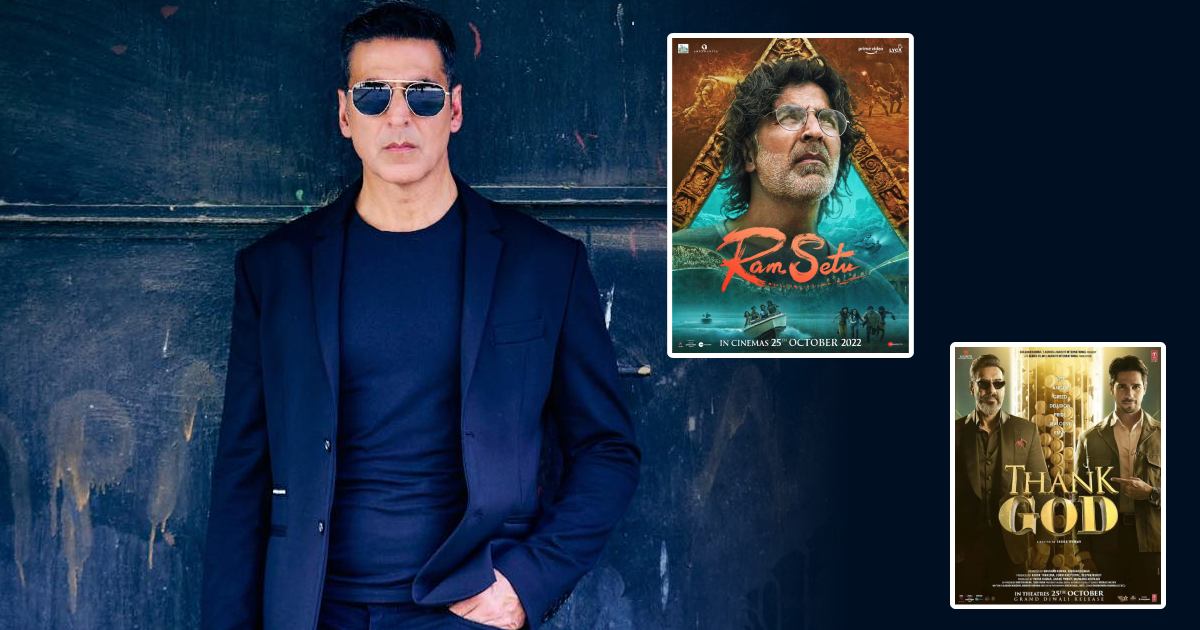 Ram Setu lead Akshay Kumar in his latest interview asked people to not refer to the release of two films as a ‘clash’. The actor further mentioned that both the films will appeal their audiences and it is for their fans to enjoy the festival.

Akshay Kumar told Hindustan Times, “There is no clash. Let’s not refer to it as that. They are two films, with different appeals, released on the same day. It’s happened in the past and it will happen in the future. Fans will choose to watch the one that appeals to them the most or better still, watch both. The main objective is for our fans to enjoy the festival at the movies with friends and family.”

Speaking about his film Ram Setu, the actor further said, “Ram Setu is very proudly rooted in Indian history and culture. On the factual side, the team has relied on deep research to represent what is true and bring out several unknown facts. On the spiritual, sentimental side, we have not only remained emotionally respectful, but I can assure you that the values and beliefs associated with Shri Ram and Ram Setu are being uniquely upheld.”